I found a red strobe light in the bargain bin at a local electronics store and immediately knew what to do with it - create a build failed light. There is a long history of dev shops creating build indicator lights using lava lamps, stop lights and computer monitors mounted on the wall and I've always wanted to build one.

The strobe was rated at 12V, but I wanted to run it off USB, so I hooked it up to a 5V power supply. It strobed a bit slower, but it worked, so I checked the amps. It drew a steady 70mA which is too much to run directly off an Arduino pin which are limited to around 40mA, but still low enough to run off USB and the 5V pin on the Arduino. I could use a relay to switch the strobe, but it seemed like overkill, so I checked my parts drawer and found some PN2222A transistors which are rated to 40V and 800mA.

On the computer, I wrote a simple Python script to get the RSS feed for our CruiseControl.NET build results. RSS doesn't contain build specific nodes, so I just search for the word Success in the RSS title. The python script just loops, looks for new RSS items and sends a 0 or 1 to the Arduino over serial. It should be fairly simple to change the script to work with your build server.

I started by prototyping on a breadboard using a red LED to stand in for the strobe. The green LED is a power indicator. Once I knew the code and the hardware was working, I then added the strobe in parallel to the LED and its resistor.

I then soldered the components for the transistor switching circuit onto a small prototyping board. 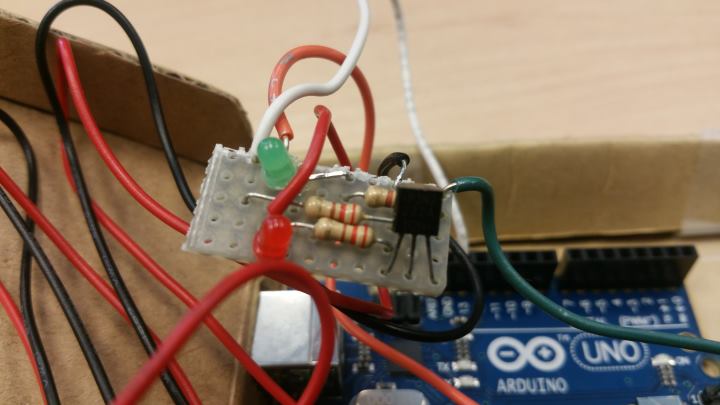 Then wired the board to an old Arduino Uno, put it in a small box and screwed the strobe to the box. 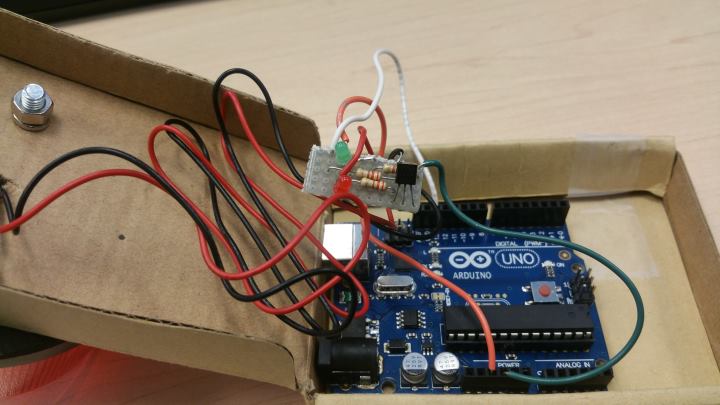 And then put the strobe up at work. Sorry, I couldn't catch the flashing... 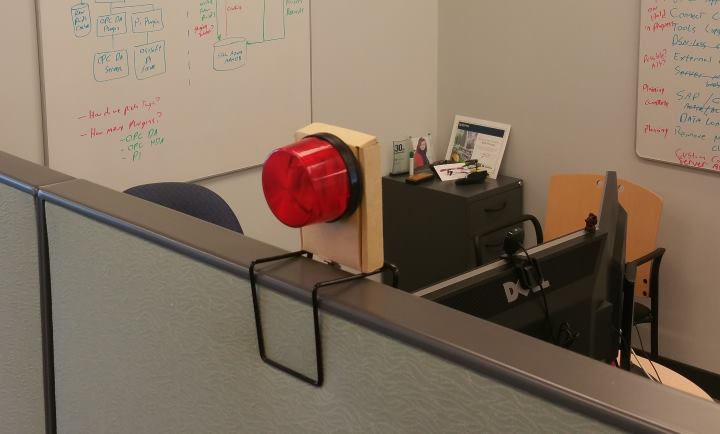